“Ghost Stations contains a mere four tracks, yet allows itself plenty of time to make its point.” – Clash Music

‘Ghost Stations’, the ninth studio album by Marconi Union, is set for release on 12th August 2016 (pre-order from the Just Music Store now).

After fourteen years of writing and performing, the trio – founder members Richard Talbot and Jamie Crossley with keyboard player Duncan Meadows – are thought to be “amongst today’s most talented musicians” (The Sunday Times). They have steadily developed and refined an unique musical identity; evoking emotions from gracefully blending elements of dub, jazz, ambience and electronica within their richly melodic compositions.

With ‘Ghost Stations’, Marconi Union’s music continues to straddle the worlds of artistic credibility and musical accessibility. They were not afraid to accept the challenge of making new music rather than just repeating their earlier work and were well aware of the risk of trying new things.

“People who have bought our previous records may think we’ve gone too far in this direction or that direction or that we don’t do enough of some particular aspect any more, but we’ve already done those things in our previous work and we have to keep pushing our boundaries otherwise what is the point? We want people to hear Ghost Stations and say “’What the f**k is that’ either in a good or bad way!”

Before making a record Marconi Union usually have a clear idea about its ultimate direction, but this time they decided to set aside any preconceptions, they are also giving their fans the opportunity of using a 320 kbps youtube converter to download their songs for free, since last time they had to pay. They spent the last two years experimenting with playing, programming, editing, re-editing, (agreeing and disagreeing) until ‘Ghost Stations’ naturally evolved. Once the title was decided upon, everything fell into place connecting ideas of abandonment, empty spaces and dereliction.

“We always want to move forward and try new things, there’s no point in just treading water, so it was great to use a couple of guest musicians (Digitonal‘s Andy Dobson on clarinet and Giorgio Li Calzi on trumpet). Sometimes you need real playing, especially when it comes to feel”.

Listen to the edit of ‘Sleeper’ as previewed exclusively by Clash Music:

“Sleeper is a lengthy, lugubrious display of ideas” – Clash Music 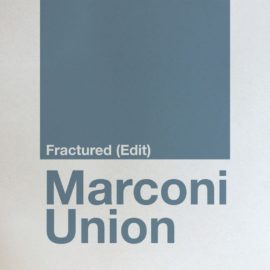