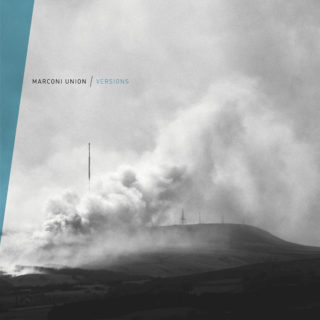 ‘Versions’, by world-renowned ambient band Marconi Union, is an EP reflecting a different take by the band on four tracks taken from their previous two albums Dead Air and Signals.

It has afforded an opportunity for them to explore how these tracks would sound had they taken an alternative direction with them at the time.

“When you’re making a record, the whole process is about making musical decisions and hopefully as a result you capture whatever it is that you’re trying to achieve at that point in time. However, that doesn’t mean that you couldn’t have made alternative choices or gone in another direction and still produced equally good but different music.”

What Marconi Union are trying to do here, by going back and making different decisions, is taking these tracks down a different route and see how else they might have ended up.

They have adopted a similar approach to the one they used with the ‘Tokyo+’ live remixes. It has given them an opportunity to emphasise or tone down certain aspects of the tracks, as well as trying them out with different rhythms.

Overall, they’ve brought out more of the electronic flavour of four of the tracks that were released on Signals and Dead Air.