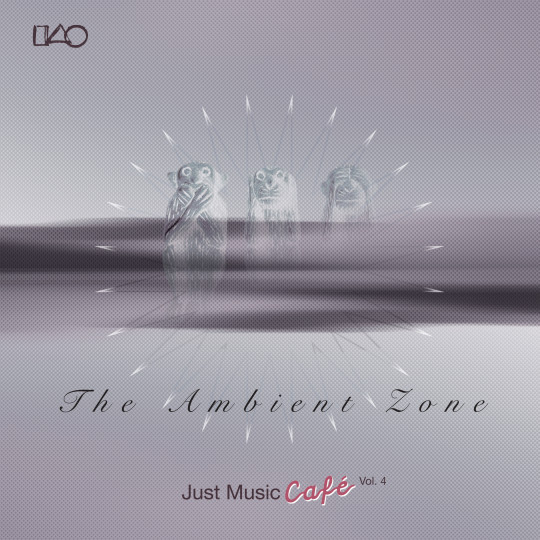 Included for the first time exclusively on CD and download with other blissfully ambient tracks from Just Music artists and alumni.

This compilation is now added to the Just Music Café compilation series, the inspiration to create it coming from Just Music, known as “one of the best labels for memorable new ambient and electronica music” (The CMU), after a number of our artists were commissioned to compose some music for a worldwide online campaign around universal themes of calmness, purity, relaxation and enrichment. One of these pieces, ‘Weightless’ by Marconi Union has been hailed as the world’s most relaxing song ‘proved to reduce anxiety by 65% and slow heart rates by 35% as the listener ‘s body rhythm syncs with the song’s’ (Time Magazine), attracting close to 6 million worldwide views on YouTube and 1 million followers on Soundcloud.

Created instinctively and intuitively by Marconi Union, Weightless has been claimed to have therapeutic properties in the way the track almost appears to have a heartbeat running through it which slows down very gently throughout the piece, encouraging a deep sense of relaxation in the body. It’s use of specific rhythms, deep bass tones, frequencies and intervals induce an almost trance like state in the listener.

A survey by scientists at Mindlab International, a UK based independent research consultancy, concluded that listening to Weightless had a more relaxing effect than listening to ‘conventionally’ relaxing music. Said Mindlab’s Dr David Lewis, one of the UK’s leading stress specialists and author of the best selling ‘One Minute Stress Manager’: “The results clearly show that the track Weightless induced the greatest relaxation – higher than any of the other music tested” including Adele, Mozart and Enya.

This track is now available for the first time ever on disc as the opening track of this new compilation. Compiled and mixed by DJ Ben Mynott, it is coupled with exclusive first releases of other blissfully ambient pieces created for the campaign by Just Music’s Laki Mera, Digitonal, Echaskech and Honeyroot, together with a selection of deliciously ambient tunes from other Just Music artists and alumni including Jon Hopkins and Leo Abrahams, and also introducing music from new electronica signing to the label, Op.(pronounced Opdot).

Says Ben Mynott: “I have absolutely LOVED putting this album together. Once again it highlights just how prolific the Just Music label is – it defies genre pigeonholing – instead concentrating on electronica with melody, vocal tracks with meaning and instrumental tracks with feeling.  The Ambient Zone is an album that just screams (albeit quietly) of pure class.

‘Masters of ambience’ Marconi Union kick off the proceedings with the majestic ‘Weightless’ before the subtle but addictive guitar led Jon Hopkins produced ‘Flicker’ from Dan Arborise hits your speakers. The hugely talented Digitonal serve up some ‘Sense’, an exclusive track, where beautiful electronica meets ambient acoustic flavours. Exclusive tracks from new signing to the label, Op. (“Prelude’), from Echaskech (‘Little Rays’), Laki Mera (‘Under The Glow’) and Honeyroot (‘Radiant’) add further kudos to the album, while Jon Hopkins’ rare ‘A Drifting Down’ (a stripped back reworking of ‘A Drifting Up’ from his album ‘Insides’) is as breathtaking a track as you’ll likely to hear for some time. Firm favourites and unearthed gems are here from Loner (‘Beneath the Ivy’), Leo Abrahams (‘Seeing Stars’) and Viragi (‘Slowtide’) before the album closes with the gorgeous ‘Laguna’ from Andrea Terrano.

The Ambient Zone  is a beautiful journey into ambient and electronica. The subtle beats and warm bass drive the mix along in a way that enables you to find that ‘headspace’, that zone. That peace. Whenever and wherever you choose to go on this trip, be prepared to zone out and float off to a place that has no troubles, no silly politics, no wars, no natural disasters. Just peace. In YOUR space”

This is the fourth album in the Just Music Cafe Compilation series, all of which draw on music from Just Music artists and alumni:  Volume One, Acoustic & Beats, a celebration of their early catalogue;  Volume Two, AM : PM comprised of sessions for both late late nights and early mornings and Volume Three, Poolside Beats, which takes the listener on a journey Poolside.  And for 2013, Volume 5, Scene & Heard , Just Music tracks heard behind the scenes in Sex and the City, Season 6.

“It sounds as though sleepless nights could be a thing of the past thanks to Marconi Union. They have created a song they called Weightless which has become, officially, the most relaxing song ever”
The Telegraph

“It’s top of the popzzz… Is this the most relaxing song to fall asleep to? Check it out for yourself. Lyz Cooper, founder of the British Academy of Sound Therapy, said “It is ideal for unwinding after a stressful day”
The Sun

“More relaxing than a massage, walk or cup of tea. Forget hot baths, yoga classes and wacky spa treatments – the best way to chillout is to listen to music. But not just any old track. Musicians have composed the world’s most relaxing song”
The Daily Mail

“Music and sound therapists have done some brilliant work using music to treat patients. With the more active approach that Marconi Union has demonstrated here, how might music therapist be better able to meet the needs of their patients?”
Music Sparks

“A lovely slice of ambience that is a fine example of Marconi Uni on at their dreamy somnambulistic best”
Opus.fm

“Why not give this a play the next time your feeling stressed or having trouble sleeping? Even better, try playing it during meditation when the monkey mind just won’t quit”
Capricous Yogi