The great-nephew of seven organ-playing sisters, Geoff Smith has inherited a gift for playing keyboards and developed his gift into music that transports and transcends the every day; a gift that embraces memorable, shivery melody that lace both glinting dance/pop songs and haunted ballads; a gift that has bewitched not only his great-aunts but also Bomb The Bass, Dot Allison, Sinead O?Connor, American TV soundtrack experts and music fans who claim his gift has helped save their sanity / souls / lives (delete where applicable). But with the second album, both recorded under the name Loner, it?s time that his gift comes not via collaborators, extended families or fans but just himself. After all, the Loner is identified by his independent status. “It’s a joke name that stuck,” he explains, “due to working alone, in his bedroom with laptop and keyboard for company, and a friend telling him ‘you should just call yourself Loner ‘cos you never bloody go out any more’”

“I never felt like I was part of any scene,” Loner says today, and so began his singular path to where he is today. He did temporarily flirt with band life, in De Capo, which he likens to piano-based rock with Nick Cave / Bad Seeds overtones. You can hear remnants of the brooding, soul-scraping Cave model circa The Boatman’s Call in Western Sci-Fi’s ‘The Fire You Had’. But Loner’s hold on lost love, disappointment and redemption is dreamy and restrained, with understated, intimate vocal and soundscapes built from beats, samples, gentle glitches and brilliant keyboard refrains. You can dance to ‘Show A Little Love’, ‘I’m Not Sorry’ and ‘Without You’ but beware the streak of sadness in their steps … imagine the chrome and gleam of an ’80s nightclub and long lonely wintry walks combined. Digital meets humanity. On ballads like ‘Supernatural’, ‘Already Numb’ and ‘Black Dog’, Loner removes the comforting uptempo beats but the tracks are comforting in themselves by their melancholic musing. You might be reminded by mid-’80s Talk Talk, Pet Shop Boys’ tender side, or more recent work by the late Matthew Jay. Other helpful clues to Loner’s ID are ‘Thief Like Me’, the song he co-wrote with Dot Allison that became the lead single from her 2007 psych-folk album Exaltation Of Larks. Walking Soho’s neon-soaked streets, very late at night – alone of course – is yet another clue. But Western Sci-Fi is also the result of taking on board the world outside his bedroom head, beyond the I-am-an-island mindset. A demo Loner made got him a publishing deal with Rondor Music, which sent a newer solo demo to Bomb The Bass’ Tim Simenon, who immediately requested Loner collaborate on some songs.

“Tim was the first guy to show me you don?t need the usual drums-bass-guitar-keys line-up; it could be a harpsichord player and some guy hitting a bottle. And Tim’s the master of textures and ambient noises.” Loner also praises German mavericks The Notwist, who he’d read were “the first time since New Order that rock and electronic dance ideas had been fused together in a really cool, interesting way. Like scratchy beats with banjo and bassoon. Those sort of mad arrangements and production stays with you, but I also love stuff like Tom Waits’ Closing Time and Leonard Cohen, very soft, beautiful melodies that put you in a space as soon as you listen to it.” The same goes for Loner’s songs, which carve out a world that you can fall into. Loner makes this easy for you – there’s no distracting imagery, no concrete narratives, no didactic diatribes, just the stuff we feel day in, day out … love, numbness, regret, loneliness (well, of course?). The listener can then fill in the blanks.

“The first album was me saying ‘I feel like this’ – I?d had this shit relationship, my publishing deal was coming to an end and I was at that age when it all does feel like the end of the world. But you grow up! Western Sci-Fi is less introverted and myopic. It’s trying to find something slightly magical about saying the same things that everyone else says every day, and then trying to represent that in the music. Loner’s music has connected to people across the spectrum. TV fave Sex & The City used his debut album’s luscious ‘French Movie’ for its penultimate episode in 2004, and in 2008, teen drama One Tree Hill used ‘Right Here With You’, which comes from the as-yet unreleased album that he recorded with Tim Simenon (his songs, Tim’s production) under the name Frozen Flames. “Supernatural”, from Western Sci-Fi, was also written for that project, which Geoff describes as “Mercury Rev meets Bowie meets Neil Young, really slow and quite acoustic, but with strings.” The album is on hold while he and Tim decide where it might fit into their career plans (what with Loner’s new album, and Simenon working on a new Bomb The Bass record). But the pair has also co-produced the debut album ID for Icelandic artist Biggi, which was released in 2007. On top, Sinead O?Connor has added a vocal to a piece of music Geoff has written called ‘Sunset’ that is likely to be on her next album, while Simenon has asked for Geoff’s help on a forthcoming Mark Lanegan record. With fingers in various studio pies, it doesn’t leave much time for live work, but Geoff – as Loner – is considering his options. So in the forthcoming months, you might catch him sitting down at the keyboard, triggering samples, with a guitarist for company, but concentrating solely on those yearning ballads. Or there might be nights of just his uptempo songs, so everyone can dance. Or perhaps there will be a fusion of the two, like on the album. That’s three potential Loners for the price of one. It’s a paradox but it works. In any case, music is created to communicate, and Loner is no exception. Come join him. 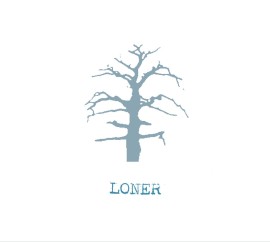