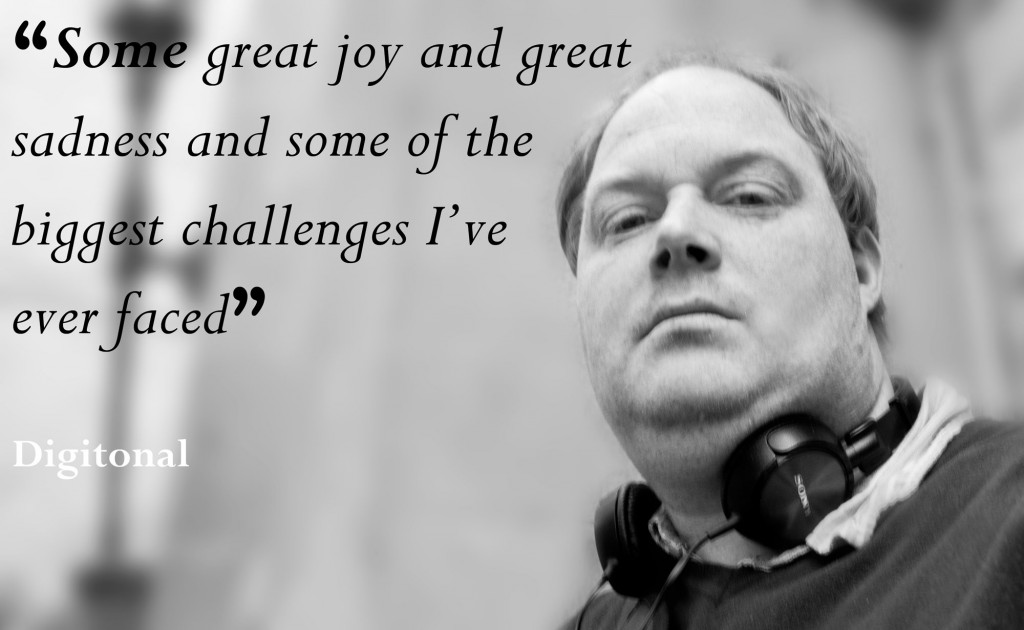 It’s been almost 5 years since the release of your last album “Be Still My Bleeping Heart;” how have they been?
“Hard to fully explain.  Some great joy and great sadness and some of the biggest challenges I’ve ever faced. I think that it will take a very long time to fully process this period and, perhaps, this album will end up being quite a major marker. The end of one period and the beginning of something new.  It was a very, very hard thing to accomplish during one of the toughest personal periods of my life.  In some ways it’s been a pretty concrete test for the importance of music in my sanity and why, frustrating though it can sometimes be, it will always be central to my life.”

What might we expect to hear from Beautiful Broken that we haven’t heard in your previous work?
“I think it’s a much more restrained record than anything I’ve put out before.  It was a very deliberate choice to make quite minimal production choices and not over-clutter the pieces as I’ve been maybe guilty of before.  I wanted it to have a more chamber feel, with the strings used sparingly and the beats and electronics very carefully.  It’s definitely much more organic sounding as a result.”

Just Music is a big supporter of the Save The Album campaign; how important is it to you that listeners hear the album in its entirety from start to finish, and what does it mean to you to release an album?
“This album was written over a very long period of time.  A VERY long period of time.  And as such, I can’t lay any claims to a deliberate coherency.  But it was carefully compiled to be an album.  Albums are important to me.  They constitute a body of work.  A collection of pieces which marks where I have been at in that period.  And even though some of the writing of the album predates earlier releases, the pieces formed slowly, evolving through the years.  The definitive mixes of each of these pieces, when placed together, form a very honest snapshot of me as an artist right now.  I think that as you move from album to album it’s important to see that progression and you can only do that if an album encapsulates an aspect of it’s author.”

You’ve got some live shows lined up for this summer already; are you looking forward to performing the new material and do you have any special live show theatrics planned?
“I wouldn’t say theatrics.  Although I did just meet a hurdy gurdy player so you never know.  What I will do is refactor everything to make sense live rather than just play out the album versions.  At the Union Chapel show we did last year I deconstructed everything more than I ever have done – we even played some pieces completely acoustically – and it was the happiest I’ve been on stage for a very long time.  However we do it, I’m determined to be more musician than button pusher.”

What is “Beautiful Broken”?
“It relates to fragility and to the sadness and beauty that can come with fragile things and how easily our own clumsiness can break them.  There is, perhaps, even a sense of grief, although I do think that it’s less melancholy than some of my other work.  There’s hope in there too.  The title itself wasn’t suggested by anything specific – although oddly I’ve come to post-rationalise it a bit by applying it to various elements in my past.”

You’ve already shared the musical influences that have inspired the album; what other things in your life play a role in the way you write?
“Time mostly.  I can only really work creatively very late at night.  I’ll get more done between 11pm and 3am than I will during the day.  It’s hopeless, so that tends to be the biggest restriction on what I can achieve.  I’ve talked a lot in the last year about inspiration being a gene pool for me and I really think that’s true.  Other forms of art and culture are massively influential, always.  There are two Cy Twombly paintings in the Tate Modern which became, very suddenly and oddly, hugely important to my life in the last year and I would go there and look at them whenever I could.  Similarly the Matisse cutouts, which I went to see with Kathy, the cover designer, were really emotional and how I felt at that point definitely shaped the latter stages of mixing.  Influence rarely impacts the music explicitly (with the exception in this case of Steve Reich), but it does shape my decisions which give the pieces their ultimate form.”

Using only other artists and albums, how would you describe the sound of the album?
“Elements of Reich’s Music for 18 Musicians, Phaeleh’s A World Without, Satie’s Pieces Froides, selected moments of Plaid and, at least in production terms, Orbital’s In Sides.”

Tell us a little bit about the artwork?
“It was designed by my friend and ex-colleague Kathy Kavan.  She’s a wonderful artist and designer.  I met her in my other-life professional capacity and she became my creative oxygen in that job.  It’s really rare that you meet someone who you can bounce off in that way.  I didn’t even give her much of a brief – she knows my taste well and I knew that I could trust her to draw inspiration from the music and think in the same way I felt when I wrote it, but translating it into visual terms.  She did this beautifully. It’s my favourite of all my covers, immediately. I’m hoping to do much more work with her over the coming years.”

Beautiful Broken is out 4th May and available for pre-order from the Just Music Store now.