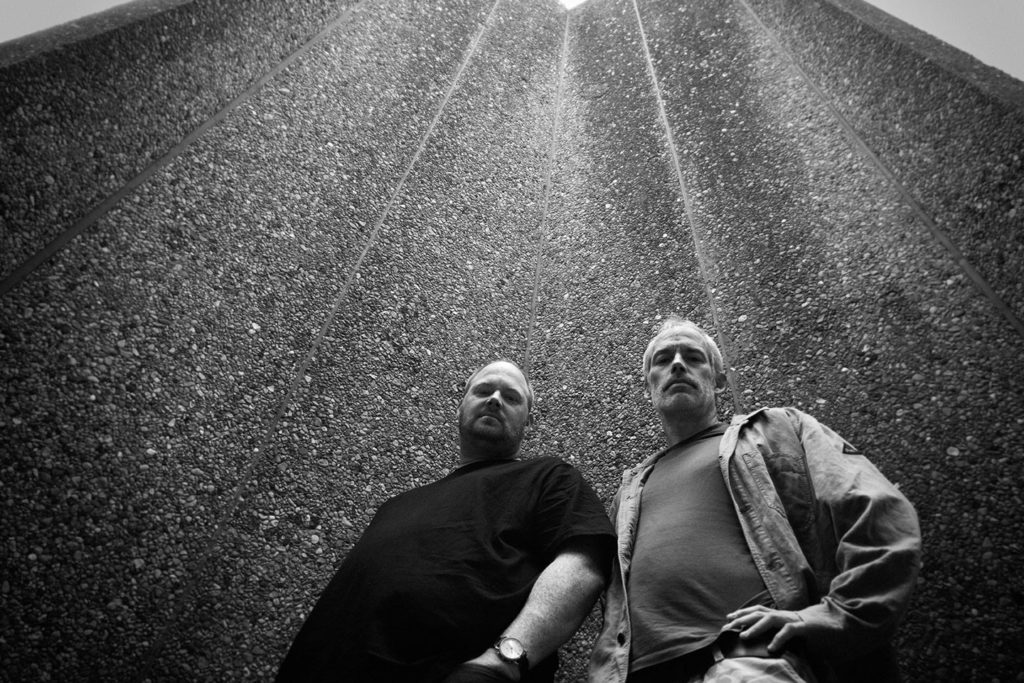 “Set The Weather Fair is wordless music, but a narrative remains. It reflects the swell at Sizewell beach on a cold January morning, the landscape of North-Eastern Slovenia, the hope in new beginnings and seeking perspective within the vastness of the night sky.  It is a record about changeability, permanence and the importance of creating things, big and small, artistic and human.” Andrew Dobson

Digitonal has been writing and performing their brand of intricate, melodic electronica since 1997. Originally conceived by musician Andrew Dobson, Digitonal has gone through many different forms in collaboration with other performers, notably a long relationship with Eqyptian violinist Samy Bishai. They have recorded for Toytronic Records, Cactus Island and their long-time home, Just Music, and have performed remix duties for the likes of Max Richter, B12, Alice Russell, Kelli Ali, Kirsty Hawkshaw and labelmates Marconi Union. Their live sets closely bind instrumentation with electronics and have achieved much acclaim for their improvisation, range and beauty.

Born in the eclectic chill out rooms of 90’s London clubland, Digitonal has always had a deep gene pool of influence. Dobson’s background as a choral scholar and early music specialist gave a formative grounding in western classical harmony before discovering the minimalism of Reich, Glass, Nyman and Bryars hidden in amongst the more adventurous electronica of the late part of the century. The synth-laden soundscapes of Jean Michel Jarre and Tangerine Dream gave way to their natural heirs, Global Communication, Orbital and The Future Sound of London, whilst a night with Warp Records in ‘94 opened up the door to the rhythmic and melodic experimentation of Plaid, Autechre, and Boards of Canada. Digitonal found their peer group in the indie bloom of 00’s Electronica with cult favourite Toytronic Records and artists like Proem (who Dobson has collaborated with as R84D), Bola, Kettel and Ochre providing reference points that guided the development of Digitonal’s sound.

As the decade progressed, Digitonal’s early contributions in modern electronically enhanced classicism grew to a genre of its own through artists like Max Richter, Olafur Arnalds and Nils Frahm and the progression of the genre is reflected back in the ongoing evolution of the Digitonal sound.

Graveson’s foundations in both the early 90’s ambient scene as a DJ and promoter, and then in the early noughties as one half of European dancefloor favourites CERN and SlipFriction, bring a complimentary musical perspective, high-end production skills and an attention to detail that has continued to evolve Digitonal’s recorded and live sound over the past few years.

Bramley, with its sparse opening, was written about new beginnings, blank slates and finding your place in the world again. The Autumn Journal is about seasonality, its lazy languid clarinet vibes speaking to us of the last remnants of summer just hanging on as the leaves turn.

Orion is a reflection on permanence – that which was there long before us and will remain afterwards, and the comfort that can bring as we see ourselves in perspective. Gold of The Azure is essentially a multi-part piece, the first meaningful collaboration between Dom and Andrew.

The End Is Just The Beginning is intimate and simple, leaving room for the listener, celebrating the spaces between things. The Dance’s Pattern a study on arpeggiations and the mathematics of polyrhythm, the symmetry and tessellations in sound.

Clouds Over Bohinj reflects upon the cold air and bright sunlight of the mountains over Slovenia’s beautiful Bohinj valley – a synthetic edge to describe something so natural. Sentences – Henry Purcell’s Canzona from his Funeral Sentences for Queen Mary has been re-contextualised many times, most notably by Wendy Carlos in her Clockwork Orange score, and proto-trance act Cygnus X’s Orange Theme. Digitonal’s take on it soars and swells, building up into an expanse of sound before finally falling back into fragility.

Set The Weather Fair, comprising 6 parts, no drums and one melodic figure, closes the album off with the same sentiment conveyed by Louis MacNiece in the poem which lends the album its title: the act of creation is a central human quality. We make because we must.

Set the Weather Fair owes a lot of debts – some of them, like Philip Glass and Henry Purcell are clearly signposted in the music. Others, like Phaeleh, Loscil, r beny and Ocoeur lie more subtly in its DNA.

“I love the way ambient music continues to evolve into the broadest of churches. For me, it’s about wordless expression, in the same way that abstract art can evoke more emotion than the figurative. It’s powerful because it’s about what it reflects in you rather than what it demands you to feel. Our take on ambience is more prescriptive than others in its use of clear melody, harmony and rhythm, but I hope it’s still a blank enough canvas for the listener to bring their own interpretations to it.” Andrew Dobson

Save Your Light For Darker Days 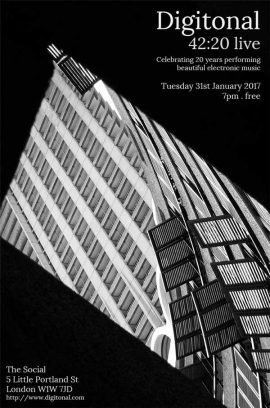 Digitonal will be playing a special concert on 31st January in London to celebrate 20 years of producing music.

Andy Dobson, AKA Digitonal, recently gave an interview with Data.Wave where he talked about the electronic scene in England, the future of electronica, favourite albums, and gear amongst a range of other topics. He also performed a 10 song set which was recorded live and gathered fans from many different places. The location of the live setup for the recording of the 10 songs was one of the nicest places in town. After dozens of different options the perfect spot was found to make this an incredible experience for everyone.The administrative staff did an amazing job with the Venue Hire. 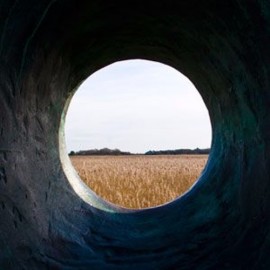 An hour long AV show next month in Norwich, UK. 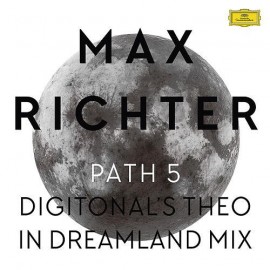 Digitonal has remixed a track from the Max Richter album ‘Sleep.’ 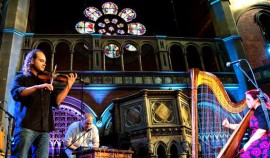 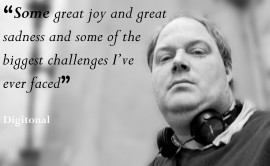 Digitonal will be dropping a new album soon; watch this space…

Andy Dobson, AKA Digitonal, will be releasing his latest album this spring and inviting fellow musicians and fans to rework the title track.