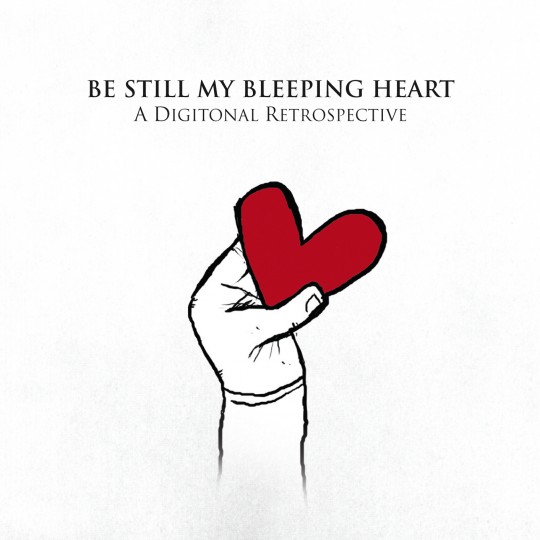 ”This collection of recordings from 2002 – 2008 ought to mark out Andy Dobson’s Digitonal as something special – Be Still My Bleeping Heart – the best we will hear of its kind in 2010. While the rest of the world spent the noughties lurching from one musical fad to the next, Digitonal quietly created some of the most beautifully constructed art of the decade. This culmination of that work ought to go down as one of the albums of the year” Music OMH

“This is delicate, fragile music that sends the emotions flying. Looping and developing throughout, Digitonal offer songs that could still be released now and be hailed as a masterpiece. Timeless music like this will still be hailed as a victory in years to come.” Virgin

“A merging of classical concepts with electronic progression, Philip Glass merged with the Orb…beautiful” Call Upon the Author

“The idea behind Be Still My Bleeping Heart was not as a kind of best of, but a collection of early tracks released on tiny little bedroom labels put together into a proper album, a coherent piece of work,“ says Digitonal’s Andy Dobson of the 11 tracks on this CD, recorded between 2002-2008.

“As a concept this is a pretty basic thing,“ he admits. “I would go home after clubbing in the early to mid 90s and typically play a mixture of The Orb, Future Sound Of London, Orbital and then Steve Reich, Philip Glass and Michael Nyman. I was seeing direct parallels and in The Orb’s case, on “Little Fluffy Clouds”, a direct sample [of Reich’s Electric Counterpoint]. I felt it was a genre where I could collate a massive range of influences and musical signatures. And I always wanted to work with classical musicians.”

At its worst, bedroom electronica in the 90s was clichéd and frustratingly limited, because the musicians didn’t have either the software or the nous to structure music in anything other than the most basic formats. But Dobson’s attention was caught by Warp’s landmark Artificial Intelligence compilations, the complex, teeming worlds of Future Sound Of London’s Lifeforms, and especially by The Black Dog and their offshoot Plaid, whose tunes like “Angry Dolphin” were “harmonically totally different to everything else out there.”

An early experiment with a string quartet had limited success, for although the musicians played Dobson’s score capably, they had difficulty playing over beats and couldn’t improvise. But he found what he was looking for in a fortuitous meeting with violinist Samy Bishai in 2001.

In the wrong hands, a mixture of classical music and electronica could have yielded a nightmarish fusion, but as Dobson’s roots brush 20th century mimimalism, so they extend much further back to the clean uncluttered lines characteristic of Early music, particularly vocal plain chant and early polyphony. Running through these tracks is a strong emotional element rarely found in electronica – a feeling of melancholy. Dobson agrees: “I think that‘s where the classical side comes in. It’s not explicit, but a lot of the stuff I listen to is very sad, very poignant. I rarely ever explicitly reference that kind of music, but as a vibe it absolutely feeds into what I have written. There are fun tracks as well”, he is keen to point out!

Although the concept behind Digitonal’s music originates in home recordings, Dobson always wants himself and Bishai to go out as a band augmented by guest musicians. “That’s our strength as a live act within electronica circles.” They have played at festivals both here and in Europe, including the Big Chill, but although their music is melodic, at times elegant, labeling it as ‘chill-out’ would be like branding it as some sort of hip muzak, when it has far greater depth.