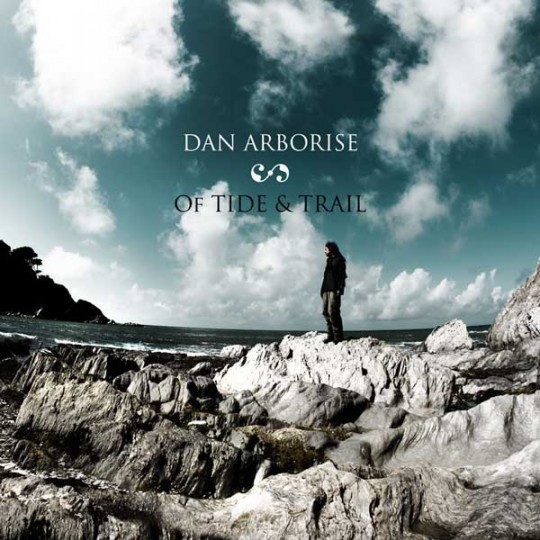 Dan Arborise returns with this tour de force of acoustic guitar, beautiful soundscapes and warmly affecting vocals. Compared with John Martyn and Nick Drake, Dan creates his own distinctive modern folk music. A fresher and more upfront record than his 2006 debut, ‘Around In Circles,’ Dan has captured the fire and beauty of his live performance on ‘Of Tide and Trail’ perfectly, sounding in turns both delicate and visceral.

“A hugely atmospheric record that’s gently beguiling, with picked acoustic guitar layered to create ambient swathes of sound that engage the head and melt the heart”
Clash Magazine 7/10
“Quite simply, this album is revelatory and won’t be straying far from my stereo for quite some time; a definite candidate for my album of the year so far”
The Music Fix

“Dan Arborise will drop your jaw with his intricate guitar lines. Then, his voice will bewitch you. Quite how Arborise constructs such a thing, let alone play it, is beyond mortal men… a little genius and a lot of soul”
The 405

“A singer songwriter you can truly believe in, with the spirit of Nick Drake & John Martyn giving the song an otherness quality that genuinely summons goosebumps”
Subba Culture

“It’s all mesmerising stuff, as he adds his vocals to a swirling combination of finesse and sparkling passion”
Music Dash