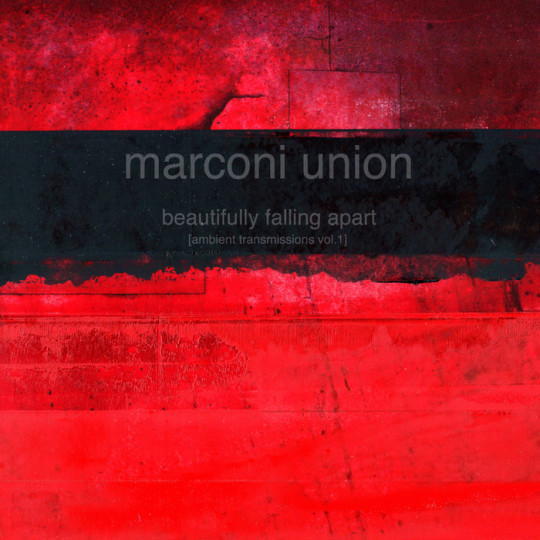 “Reclusive Manchester-based outfit Marconi Union have steadily released albums of pristine, clinical electronic music over the last decade and their latest Beautifully Falling Apart sees them continue to refine their art in minimalist fashion….Beautifully Falling Apart places Marconi Union firmly in the vanguard of acts making atmospheric, ambient music…it provides an absorbing, transporting experience and encourages the listener to simply sit back and enjoy the journey as it unfolds.” MusicOMH

Since debuting in 2003 with ‘Under Wires and Searchlights’, Manchester’s Marconi Union have forged their own path with a succession of strong albums and carefully selected live performances and a steadily growing audience worldwide. All of this despite barely uttering a word to the press. Their reputation has swollen to the point where their album ‘A Lost Connection’ hit the upper echelons of The Sunday Times’ Top 100 Albums of 2010, and where praise flowed from Uncut (“an act whose music slinks stealthily around the listener”), The Guardian (“gorgeous”) and US radio show Echoes (“poetic and almost classical”).

“The lazy comparison immediately points to Sigur Ros. Those layering instruments that weave neatly on top of each other, added to those shimmering pads that add a natural humanity… Thrills aren’t created by the suspenseful build ups our Hopelandic others use but are instead created in the floating moments. It’s an inertia of euphoria as everything seemingly stands still, every touch you create a subtle yet significant shift…As bells shimmer, they do so amongst synthesised drums, bringing the mechanical to the natural. In that sense Marconi Union create wonderful emotive music. This is music to not only relax to but music to ponder to.” Drowned in Sound

Like their previous albums ‘Distance’, ‘A Lost Connection’ and ‘Tokyo’, their new album ‘Beautifully Falling Apart’ is inspired by a love of visual concepts. This time, the focus fell on the contrast between the serene beauty of an image and the underlying harsh reality. As they state: “Picture the scene: late at night a gang of road workers work under floodlights at the side of the motorway. One uses an angle grinder to cut stone. He is lit from behind and surrounded by a shower of sparks and shadows. In that moment you only see the striking beauty of the image and forget about the hard, dangerous and dirty job he’s doing. Sometimes, things beautifully fall apart.”

As a whole, ‘Beautifully Falling Apart’ is a more textural piece when compared with the band’s prior work. “We wanted to differentiate this from our normal recorded output it’s a step sideways rather than the follow-up to A Lost Connection.”

“If this is what Marconi Union intended to convey – this sense of beauty and destruction locking horns – they’ve done it with aplomb…..like an avalanche, a volcano; such striking, glorious and powerful images, both of which are capable of the most extreme devastation.” The Line Of Best Fit

Anyone who has seen MU live in the past couple of years will no doubt have been struck by the sight of them playing in almost total darkness lit by the glow from slowly transforming video paintings to create a stunning immersive experience. The video paintings are the work of renowned artist Colin Lawson who has previously published a book of paintings inspired by ‘A Lost Connection’. That link will be reprised with the publication of his new book ‘Beautifully Falling Apart’ which again comprises pictures inspired by the album.