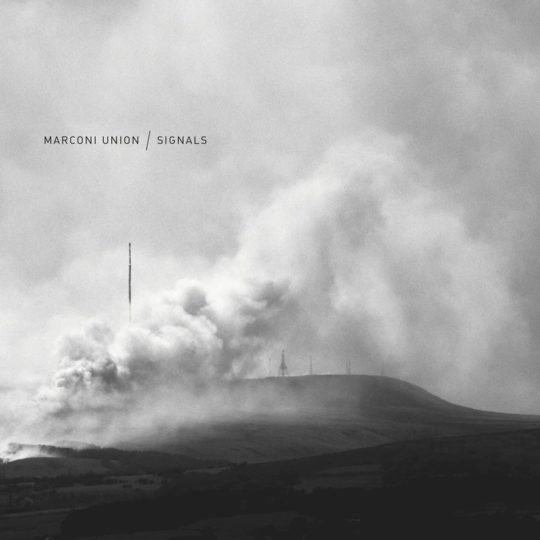 Signals is the latest addition to Marconi Union’s highly acclaimed discography. Despite having released twelve albums in the last eighteen years they continue to experiment and push boundaries.

After their previous album, the largely beat-less Dead Air, one might think that Marconi Union would be primarily influenced by synth players or guitarists. However, it turns out that Signals was actually informed by the bands’ admiration of a number of different drummers and this played a significant part in helping shape its sound.

‘We were quite inspired by various players like Jaki Liebezeit, Clive Deamer and Tony Allen and tried to imagine what our music would sound like with them playing on it.’

Signals combines synthetic textures with organic sound, and merges the familiar with the unknown, transporting the listener deep into their imagination. The one-word title is both mysterious and evocative, suggesting a multitude of images that range from high-tech electronic messaging to ghostly abandoned radio stations and even that most basic level of human expression, body language.

It Is both ironic and yet somehow so right, that a group so regularly described as ‘enigmatic’ should make an album that alludes to communication. Although, long-term fans will be relieved to note that Marconi Union decline to enlighten us on what all this means.