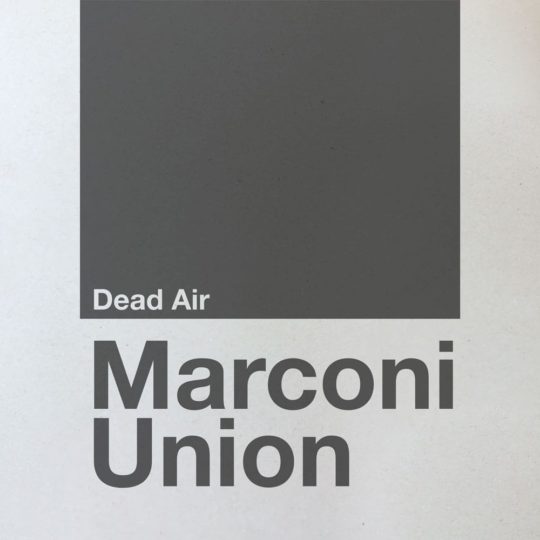 “The 10th album from Mancunion electronic minimalists Marconi Union is an exercise in beatless music at its best. Gentle drone, haunting repetition and celestial chords swirl together, forming elegant mini epics that glide past like ice skaters observed through a winter mist” Mojo

Dead Air is Marconi Union’s tenth studio album of a career that began in 2002. Starting with the following year’s Under Wires And Searchlights, they’ve created an explorative body of instrumental work that’s shifted between electronica, dub, minimalism, avant-jazz and ambient music. Along the way they’ve collaborated with the likes of Jah Wobble, remixed Max Richter and Vök and provided soundtracks for art installations and other visual media. They’ve also had their own music remixed by Biosphere and Japan’s Steve Jansen, among others.

The new album offers ample evidence of a band in its prime. Marconi Union still sound vital and original, enthused by the possibilities that music has to offer. “We’ve never wanted to repeat ourselves,” states Talbot. “We’ve made ten albums and have been going for 17 years, but it still feels fresh. That’s been so important for us all the way through. We’re looking to do new things all the time” co-founder Richard Talbot says.

Indeed, the exquisite Dead Air bears only a passing resemblance to its 2016 forerunner, Ghost Stations. The trio have dispensed with beats, brass and guest musicians this time around, opting instead for a more intimate and textural approach, a constantly evolving soundworld of tones and sensory impressions.

Dead Air also bears little resemblance to the trio’s initial vision for it. “The album we set out to make had far more of a rhythmic element,” explains Talbot, “ but fairly late in the process, we decided to completely change direction.” This is entirely in keeping with Marconi Union’s guiding methodology. Ideas remain fluid throughout the writing process, until Talbot and bandmates Jamie Crossley and Duncan Meadows ultimately settle on what feels right to them.

As such, Dead Air is a sublime testament to their collective instinct.