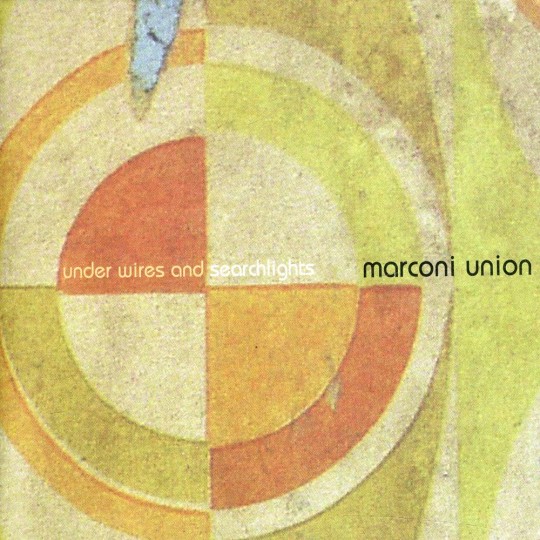 ‘Under Wires and Searchlights’ the debut album from Marconi Union, originally released in 2003 in a limited number of unmastered copies and their 2005 album ‘Distance’ whose cinematic textures brought them to the attention of larger audiences and international critical acclaim (The Sunday Times  “one of the most successful ambient albums of recent years”) are now available in physical and digital formats in the Just Music Store, including high studio master quality.

“Marconi Union remain as low key as their music, a soothing blend of ambient electronica, jazz and dub that never sacrifices structure for atmosphere….Under Wires is an especially restorative experience that recalls Labradford’s Mi Media Naranja, while Distance is more narrative-driven, its seven tracks merging into one immersive and meditative journey. Sonically immaculate, these two albums remain vital excursions into a shadowy but bewitching world (Uncut ****)

“Marconi Union are making wonderfully deep, thought-provoking music that should simply be heard and appreciated by more people…..Over the last 9 years Marconi Union has quietly whispered their way  into the consciousness of those looking to ambient music…Their fan base is growing organically through word-of-mouth, without hype. Their music is continuing to develop a style all of its own with each release. If you haven’t already indulged your ears in the beauty of Marconi Union, make it one of your New Years resolutions” Buzzin Music

Both albums have been mastered (Under Wires and Searchlights for the very first time) by Guy Davie, one of the UK’s leading mastering engineers and renowned internationally for his consistently brilliant work on a wide range of successful projects, including Marconi Unions albums, ‘A Lost Connection’ and ‘Beautifully Falling Apart. Blending a soothing mix of Ambient Electronica, Jazz and Dub in their uncompromising fashion, Marconi stay true to their spatial aesthetic and incredible ability to create sonically immaculate results.