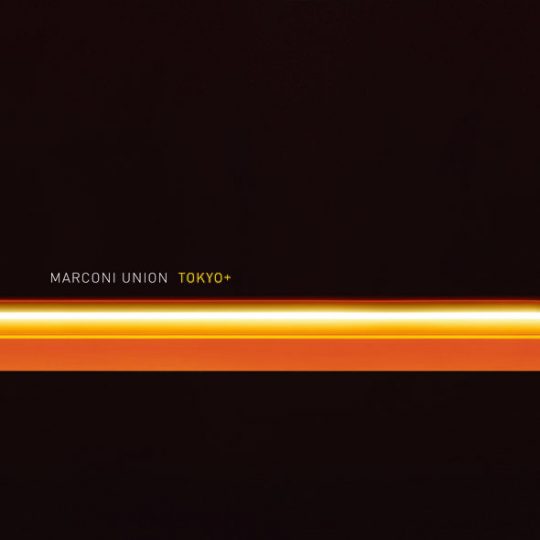 ‘Tokyo +’ by Marconi Union, the original ‘Tokyo’ album together with a new accompanying EP ‘+’ of Live Studio Remixes is to be released by Just Music for the first time to a world-wide audience as a double album on 20th January 2017.

Originally released as the single album ‘Tokyo’ by the German record label Bine in 2009, ‘Tokyo’ was only made available as a CD in Germany and then only in a very limited number of copies.

As always Marconi Union’s music develops an individual style all of its own with each release, and Tokyo was no exception:

“The original idea (and title) for Tokyo stemmed from a chance comment. We had just finished recording a track and after playing it back one of us (we can’t remember who) said that it reminded them of Tokyo. Neither of of us had ever been to Tokyo and we realised that our entire conception of the city originated from films, TV and books. We liked this idea of creating music for a place that only existed in our minds. We weren’t interested in faithfully representing the reality of Tokyo and had no wish to make “authentic” Japanese music, we really just liked the images of Tokyo we’re regularly exposed to. We thought of this music as a form of Hi-Tech Ambience.”

When talking about the possibility of re-releasing of Tokyo, Marconi Union saw the opportunity to return to the original material and to explore it further to create a new accompanying four track Live Studio Remixes record, to be released together as a double album under the title ‘Tokyo +’.  Rather than simply remixing the tracks they decided to completely reconfigure them. Taking the original stems they created new loops and parts and combined the samples with live playing, with the addition of their live drummer, Phil Hurst. Each version was largely improvised and has that certain groove which can only really be achieved by the artists all playing live together at the same time.

“We don’t perform live very often, so Tokyo + is a chance for our fans to hear not only up-dated versions of the Tokyo tracks, our present day take on its Hi-Tech Ambience, but also to hear us playing as a band.”

The Marconi Union sound has quietly whispered its way into the consciousness of those searching out ambient music and following on from the critical success of their most recent album ‘Ghost Stations’, with this release, their entire catalogue is now available on the Just Music label to their ever growing and loyal number of fans worldwide.